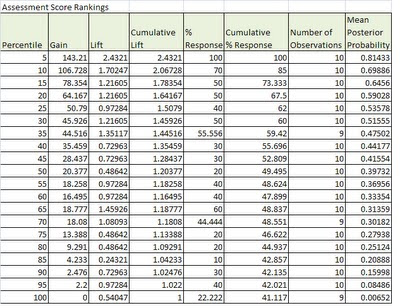 Given a model of the form:
y= β0 + β1 X+ β2Z  + β3 XZ+ e
the relationship between X and Y is conditional on Z. The interaction term represents the effect of X on Y  conditional on the value of Z.
In ‘Understanding Interaction Models: Improving Empirical Analysis’ by Brambor, Clark, and Golder the following  schematic is presented: 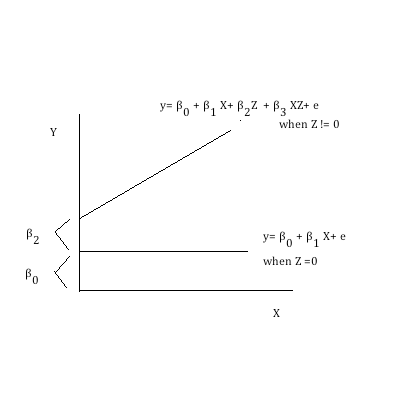 As the schematic shows, β2 represents the difference in intercepts between the two regression lines.
Notes:
Marginal Effect of X on Y: ∂Y/ ∂X = β1  + β3 Z
β1 = effect of X on Y when Z =0
If XY is significant, that implies that the relationship between X and Y differs significantly between classes or values of Z.
It is possible that the effect of X on Y is significant for some values of Z even if the interaction term is not, hence you cannot base the inclusion of XZ in the model on the significance of the interaction term (Bramber et al, 2005).
In determining significance, the basic regression output typically does not provide sufficient information  and modifications are required (Bramber et al, 2005).
Kmenta (1971) provides the following comments regarding the significance of interactions and constitutive terms:
“When there are interaction terms in the equation, then any given explanatory variable may be represented not by one but several regressors. The hypothesis that this variable does not influence Y means that the coefficients of all regressors involving this variable are jointly zero”
As a result, the significance of X and the XZ term is given by the following F-test:
F = [ (R22 – R21) / (k2 – k1 )] / [(1-R22) / (N- k2 -1)
Kn = # of variables in each model respectively (model including and excluding the interaction term and interaction variable)
R2n = R-square for each respective model
N = total observations
The standard error of β1  + β3 Z = sqrt(V(β1)  + Z2 V(β3 ) + 2 Z COV(β1 ,β3))
Constructing Odds Ratios from Logistic Models: e β1  + β3 Z
References:
Understanding Interaction Models: Improving Empirical Analyses. Thomas Bramber, William Roberts Clark, Matt Golder. Political Analysis (2006) 14:63-82
Elements of Econometrics. Jan Kmenta. Macmillan (1971)
Posted by Matt Bogard at 11:28 PM 5 comments: