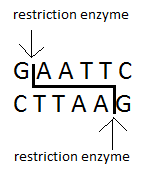 RFLPs establish fixed landmarks in the genome. Subjecting DNA to restriction enzymes and gel-electrophoresis leads to gel patterns which can be described in terms of genotpype or allelic differences between RFLPs  at a given locus, which follow rules of Mendelian inheritance.  (recall a 'locus' is the location of a DNA sequence on a chromosome. A variant of a DNA sequence at a given locus is an 'allele.' 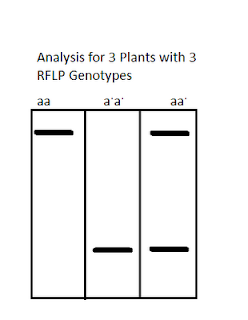 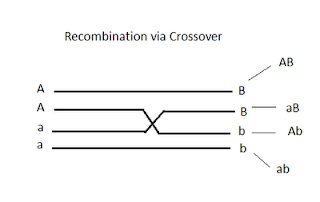 Mapping Population
Use P1,P2,F1 to create a population with segregating QTL and RFLP profiles and phenotypic variation. RFLPs that are tightly linked to QTLs will segregate together, can serve as markers for that trait.
Central Dogma of QTL Marker Analysis
DNA: Δ mapped locus position --> Δ RFLP allele -->Δ Phenotype  -->likelihood that RFLP is linked to QTL
Where a QTL is referred to as a bundle of genes associated with some quantitative trait of interest. As we move across a segment of DNA, we note changes in RFLP genotype alleles, and associated changes in the phenotype of interest. This data can then be assessed to determine the likelihood that a RFLP is linked to a QTL.
For example, suppose at locus "a" there are two observed allelic differences in the RFLP profile, denoted aa and aa’. If we notice distinct differences in the phenotypic distribution for plants with alleles aa vs. aa’ it may be inferred that the RFLP at locus “a” is linked to the QTL of interest. If at another location, we observe two allelic differences in the RFLP profile cc and cc’, and we find little difference in the associated phenotypes we may conclude that the RFLP at locus “c” is not linked to the QTL of interest. Intermediate differences between phenotypes would imply that the RFLP at that locus is closely linked to the QTL of interest. The following schematic from Jones(1997) et al illustrates these differences: 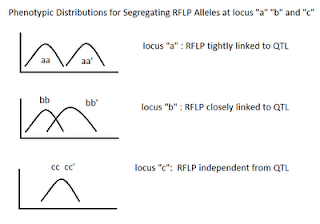 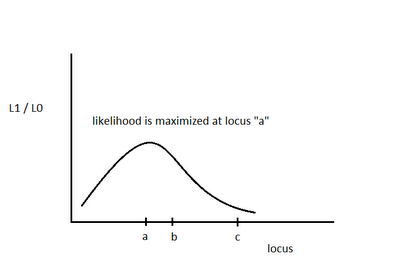 The key to using markers to map QTL is to associate RFLP patterns with QTLs. Observing changes in RFLP profiles among plant DNA from a segregating population at various positions in the genome, and associating them with changes in phenotype allows us to find a statistical relationship between RFLPs and QTLs. Based on the observations above, the evidence strongly supports that a QTL may be found near the RFLP locus “a”.
Reference: Jones, N., H. Ougham, and H. Thomas. 1997. Markers and mapping:We are all geneticists now. New Phytol. 137:165–177
Posted by Matt Bogard at 8:14 PM